No Answers, But He's Not Crying 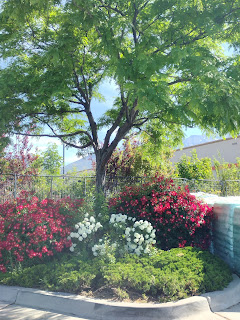 Quick update ('cause you know I'm supposed to be studying).  The title kinda says it all in a nutshell.

We discovered an ear infection and ear drainage so that's being treated.  They stopped his food yesterday morning (and he missed two meals the end of Tuesday) and just ran Pedialyte continuous to give his gut a rest.  He continued to fever and cry whenever he was awake through early afternoon yesterday.  I got to thinking and realized, no adult I know would be willing to put up with this kind of pain.  Yet somehow, we expect kids and older people to just deal.  Nope.

So I asked what we could do.

Ativan, you know, the stuff I gave him at home that made him sleep but he'd still struggle when he woke up.

I figured that even if it didn't "fix" things, at least he could rest and not cry for a while.

But maybe it did.  He really hasn't cried since then.  He did pop another fever during the night but has been fever free since then.  He's actually played today.  Not much.  He's been asleep most of the time and he's looking tired again.  But his color is good, and his sleep actually seems restful.  So we'll go with that.

They did an abdominal ultrasound today and there wasn't much that showed up there, at least that would explain what's going on.  It did show that his kidneys are markedly smaller than they were in February, which is not a great thing.  But we'll explore that one another time.  Except the med we're giving now to coat his stomach is also not something the kidneys like so much, so...

We've started feeding him again and we'll see where that goes.  Doc is talking to GI, but unless we can show an intolerance to his feeds that's probably as far as that will go.  If he does struggle, we may be able to convince them to scope him out.  Who knows.

So if things continue the way they are, we might go home in the next couple days.  Or we might not.  We have to just take it a day, a moment at a time.

"Faith means living with uncertainty - feeling your way through life,
letting your heart guide you like a lantern in the dark."
Dan Millman