I Struggle When He Does Well 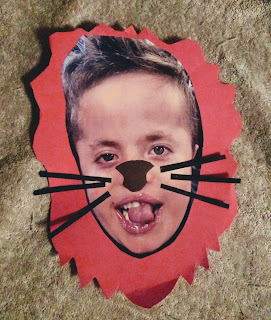 I’ve struggled recently. I finally was able to put into words what I think is going on.

But I found myself the first few weeks of school anxious, cranky, not sleeping, on edge.  You know, classic PTSD symptoms.  Except it’s anything but “post”.  It’s very much “current,” which I’d like to keep that way, thank you very much.

But he was doing great!  Except that he’s not pooping well (different story, TMI?) he looks better than I’ve seen him a LOOOONG time.  But there I was.  Me.  Not doing well.

I finally was able to articulate it one day when William asked me how I was doing.  Not how my day went, not how something else was going, how I was.  And I realized.  I wasn’t doing well at all.  And as I talked through things, I realized what it was.

I’m not used to him doing well for so long.  I’m waiting for the “other shoe to drop.”  I’m waiting for the emergency, the sudden illness. He hasn’t been hospitalized since that awful pneumonia last December. I don’t know how to cope anymore with “normal life.”  Crazy, huh?

Like I said, he’s doing well.  He’s all sorts of “helpful” with his trach and g-tube cares.  He continues to try to take his diaper off.  Don’t blame him, but nope, not happening.  He may be relegated to pants and onesies all the time.

He’s using his computer to talk more and more.  The other day he said, “I have a plane.  I have a boat.  I have a bus.  I have a taxi.  I do NOT have a wheelchair.”  Um, really kid?  Wishful thinking.  The next day he told us that something was wrong with his wheelchair.  He seems to believe he needs something with more oomph.  Sorry, not yet.  He’s got two more years before he gets an upgrade.

He got a haircut and bath last week in preparation for school pictures today and actually tolerated both well.  He really enjoyed his bath, trying to grab the shower head and point it at me.  Um, your bath, not mine, kiddo. 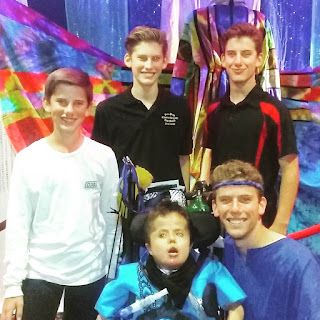 We’ve also had some “fun” with his van.  Two weeks ago the battery light popped on while I was driving, but then went off again after about two minutes.  It made me nervous, but I couldn’t find anything.  Internet suggested that if it went on and then off it might be corrosion on the battery or a loose cable, so we checked those out.  Yeah, not those.

The next day we were on our way to see Matthew in Joseph and the Amazing Technicolor Dreamcoat and it came on again. No bueno!!  And we had Aaron with us. I was more than a bit nervous. One of my big fears is getting caught on the side of a road with Aaron in his wheelchair. When the radio died, I killed the AC and prayed, hard!  It died just as we pulled into a spot at the theater.  Couldn’t have been better timing for our location.  But still, we were 20 miles from home with a kiddo who needed specialized transportation, and I had no interest in “looking on the positive side of things.”  I was worried, and ticked, and anxious, and...  Well, you know.  Fill in the blank with some kind of negative emotion.  It works.

Plus this was the fourth time in about six months that his van has gone down.  Frustrating!!

Really, it could have been so much worse. We called Deborah and Bronson who got his carseat out of my closet and brought the big van down for us.  We got him home. We got the minivan in. It was the alternator and a friend did the work for us as soon as we got the part. And it’s running again.  But still, remember that PTSD? 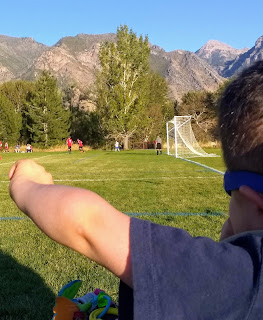 I was really struggling to work through things.  I’ve recently been asked to lead the music at church, and the sacrament hymn that week was “Thy Will, Oh Lord, Be Done.”  I did NOT want His will, I wanted mine. I didn’t want to deal with this, I wanted things to all work perfectly.  (yeah, in an imperfect world, my life should be perfect, right?) But as I went through the hymn, the final line, “And pray for strength that we may say, as He, Thy will, Oh Lord, be done,” it touched me.  And I began to pray for the guidance to begin to accept, to “be still” and “let God.”  Or at least to want that.

Last week, another one kinda finished the reminder.  “When dark clouds of trouble hang o’er us, and threaten our peace to destroy...”. Yeah, that described what I was (still) feeling.  A reminder that there are rough times, and I’m not expected to be happy about them.  I can feel, I can hurt, I can struggle and it’s okay.  But “we doubt not the Lord, nor His goodness, we’ve proved Him in days that are past...”.  A friend told me years ago that “our God has big shoulders, and we shouldn’t be afraid to use them.”  It’s okay to not be okay, and it’s also okay to hope for better times and better things and I know where to find my strength.

It was almost like I needed permission to struggle, and a 2x4 to the head to help me remember.

For now, I think I’ve rediscovered my equilibrium, at least for a moment or two.  Aaron continues to do well, although we don’t take him off the vent at all.  He laughs, he plays, he cracks us up with his quirky ways and comments.

“Some people's lives seem to flow in a narrative; mine [has] many stops and starts.
That's what trauma does. It interrupts the plot.
You can't process it because it doesn't fit with what came before or what comes afterwards.”


― Jessica Stern
Posted by CompatibleWithJoy at 7:05 AM