Let me ask you, does this look like the face of a kid who needs to be in the hospital?  Yeah, I don't think so either.  And the docs and nurses and RTs are all in agreement. 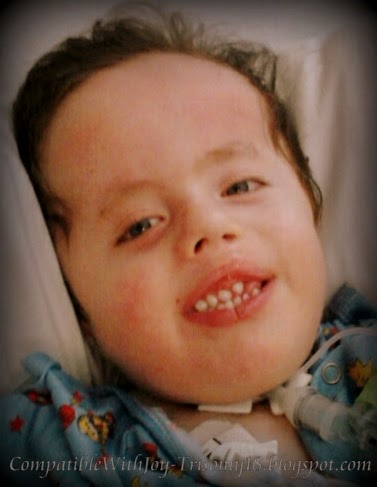 Last night we made it to three liters of oxygen at about 10 p.m.  And he has STAYED there!  Yea!!!

Now we do have all sorts of alarms going off.  Many more than we've had all week.  But that's because he's pulling his leads off, disconnecting his ventilator, and refusing to hold his legs still so we can get blood pressure measurements.  Silly boy.

Yeah, it's time to go home.  So (and I really hope I'm not jinxing myself) in about two hours, it will be shift change and we're going to leave then.  We'll be just shy of our 24 hour mark, but I think we'll be just fine.  Especially since he's been awake since about 7:00 this morning and done great. 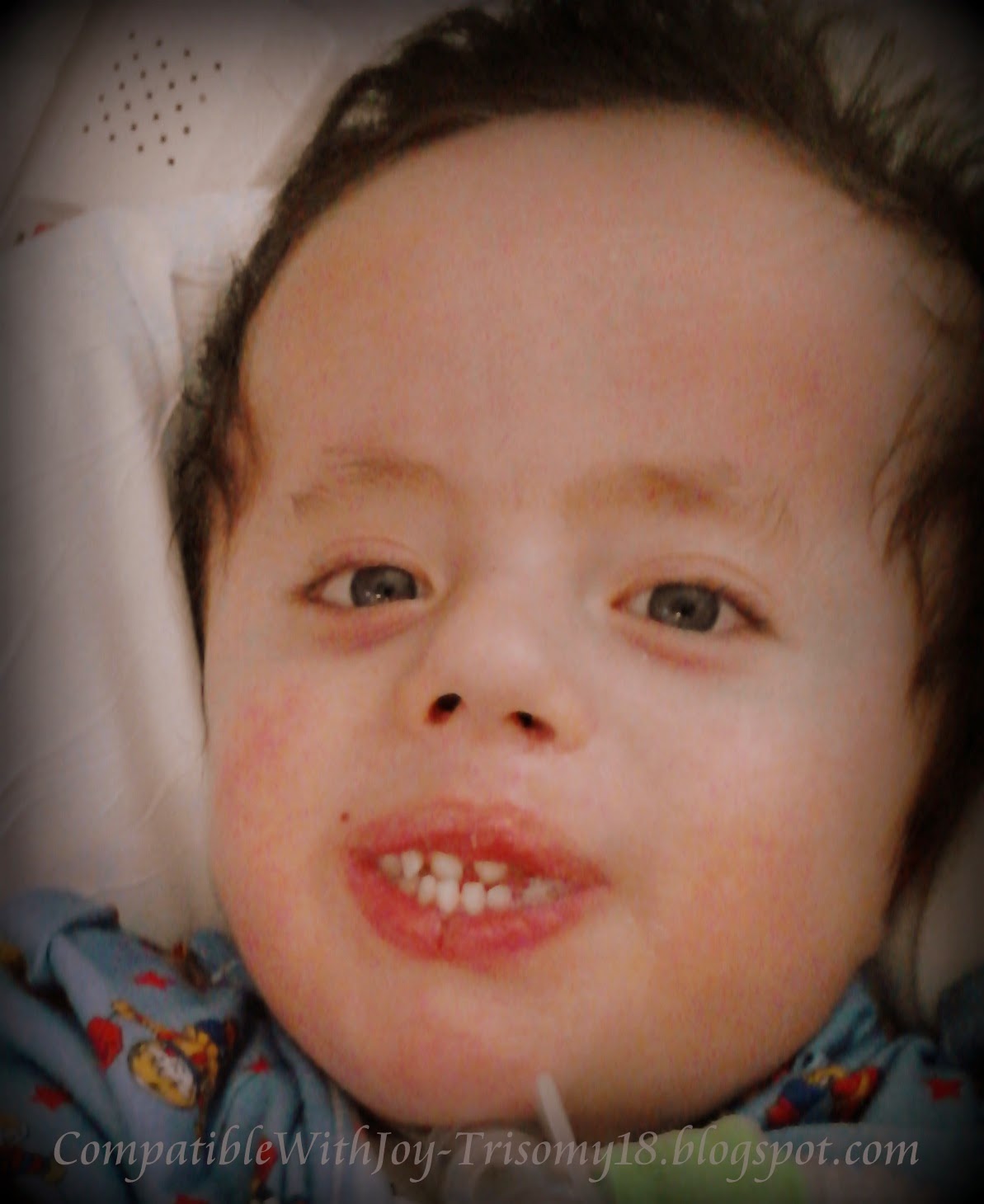 This is less than half what any previous stay for rhinovirus has been.  And it came on harder and faster than before as well.  Usually we spend about a week in the PICU fighting rhino.  Yep, done that.

But then, his pulmonary hypertension kicks into high gear and we spend another week to ten days on the floor, trying to bring him down to where we've got wiggle room at home.

I think it's his new vent settings.  It's just so much easier for him to breathe on them.  Can't wait to see what the next few weeks and months bring.

Also can't wait to sleep in my own bed tonight.  I'll try to remember to take a picture of him and post it on his Facebook page as well leave.  Wish us luck!