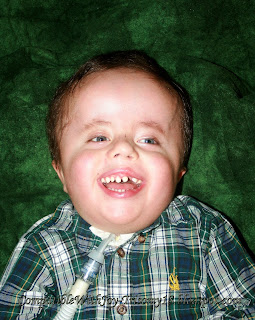 I'm not sure where this is going, so either bear with me, or click  away.  But once again, I've got a jumble of thoughts floating round and round.  Perhaps I ought to find time to write more than once a week.  Maybe then I wouldn't get so confused.  It's been a busy week, a good one, but busy.

On Monday, we got to go to a wonderful Veteran's Day program at the grade school.  As part of it, they had all the veterans present stand and introduce themselves, and then they sang the fight songs for the various branches.  That, along with the pledge, the National Anthem, and some other presentations guaranteed that I was teary-eyed through most of it.  As we left, I overheard an older vet say to the woman with him, "With kids like that, I don't worry about the future of this nation."  Yeah, it was that good.  If you want a taste of it, here's a slideshow that they sang "Thank you, Military" during.  Even downloading it, I was in tears.  Blame my own military upbringing.  Air Force brat, all the way.


Tuesday was Joseph's surgery.  He's been a real trooper, but still suffering quite a bit. We had to go back in last night to the ER because he had some bleeding (the tonsils are located right by four different arteries).  Fortunately, while we could see the source, it had stopped by the time we got there, so they just watched him for a while.

Wednesday was Aaron's "all-you-can-eat" doctor's appointment where we see Special Needs, Social Work, ENT, pulmonology and respiratory.  Everyone was sooo impressed with how good he looked.  Now the goal is to not go back there until our next one in about six months or so.  Gotta love goals, right?

But here's what's been on my mind, the need for support, for contact with other families.  It's something I've been thinking of since a leader of one of my support groups asked if the weekly lunches they hold for families who are inpatient were helpful.  The responses?  Most definitely a resounding YES!

See, here's the thing, when you become pregnant, whether it was "planned" or a "surprise," you have certain expectations.  Birth about nine months later, walking somewhere between 9-14 months, babbling, kindergarten, maybe dance or soccer practice, high school, driver's license, prom, graduation, maybe college, and so on. 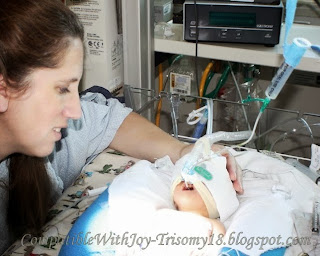 NOBODY plans of NICU, PICU, becoming so familiar with life-saving measures that you can almost do them in your sleep.  Nobody expects to plan their child's funeral, or to have to figure out how to teach a child how to roll over.

My sister has an extensive background in special ed and special needs.  In my anguish and fear (and yeah, fear was a very big part of it) I once told her that this baby I was carrying was supposed to be hers, not mine, because I didn't know ANYTHING about special needs.  Bless her heart, I don't know if it was her natural compassion or her psych training kicking in, but she just listened.  She probably should have reached through the phone and slapped me.  She had her own challenges that I well knew.

So when you do get that diagnosis, even if it's an "unknown, just something is wrong" diagnosis, it's paralyzing, isolating, lonely.  All of a sudden, it seems that everywhere you go, everywhere you look, there are happy pregnant women, cute active toddlers, poised accomplished teens, and while you love your child with every fiber in your body, that's just not you anymore.

Instead, you come to be on a first-name basis with your local paramedics, and they don't even consult a map when they hear your address.  You learn to live with tubes and wires and alarms, and welcome into your home and your family strangers who will keep your child alive while you catch a few hours of sleep.  You learn a whole new language, one that you must know in order to be able to communicate effectively and exactly with the medical world.  Because knowing it is crucial for your child's life. 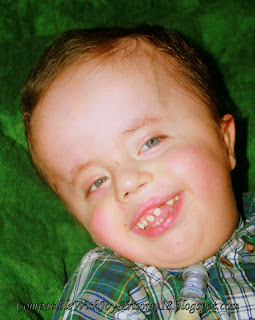 Last Tuesday, during Joseph's surgery, I slipped into the lunch that was being held.  We laughed and we commiserated.  There was a wide variety of challenges being faced there, but this particular group caters to families whose children have life-threatening illness, and it bonds us.

During lunch, a strident alarm blared out.  All conversation ceased as we looked at the speaker.  Then the words, "Code Red" followed by some place came out, and we all breathed again.  Some didn't even know what a "Code Red" was (it's a fire).  We went back to laughing and talking.  Because it was just a fire in the hospital, no biggie, right?  But it wasn't a Code Blue.  Because we knew, everyone of us knew, what a Code Blue was.  And some have had it called on their children.  It was as if breath and hearts stopped in our little room while we waited those few seconds to hear.  And once again, we were all one.  One in our hopes and our fears.

As special needs parents, we do laugh and talk.  We have to.  And we joke about alarms and hospital visits and long stays.  We tease about who wants the extra attention from the PICU staff and who is content to stay on the floor.  Sometimes, in our Trisomy family, we joke about forming a physical community.  We would have roads like Hug Boulevard and Angel Way and Warrior Path.    Because we need these connections.  We need to feel a part of things.  We need to know we're not alone, and we're not.  And that is what's so special about a special needs family.  We are not alone, and we will reach out in love and faith and prayer, and let each other know that they are not alone.  We have each other.

"Stellar spirits are often housed in imperfect bodies. The gift of such a body can actually strengthen a family as parents and siblings willingly build their lives around that child born with special needs."
Russell M. Nelson, October 2013

Posted by CompatibleWithJoy at 1:02 PM