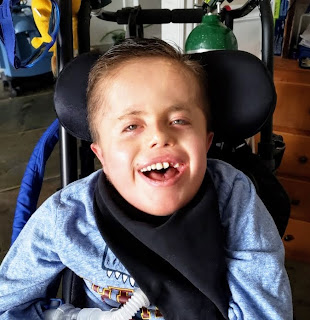 Looks like I'm writing about every other week.  At least I'm still writing, right?

Anyway, it has been a bit of a crazy week here.  The week before was pretty normal, whatever that is anyway.

We had Easter Day on our own, which was a little hard for me.  I miss my kids, sooooo much!  Sunday dinners are much easier to prepare and clean up after, but I miss the banter and laughter, and the hugs.  I very much look forward to the time we can be together again. 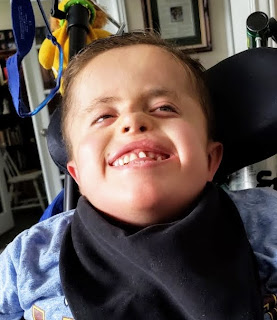 There are people doing different things during quarantine, things that otherwise wouldn't happen.  Us, too, apparently. 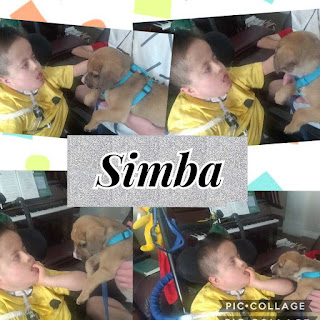 The boys, Andrew especially, have been begging for a dog for years.  I keep saying no.  There's not time, there's not a fence, there's not, well, whatever.  Too busy.  Except now we're not.  (I guess.)  So we've been casually looking, and then it wasn't quite so casual.  Andrew really got into it.  He'd spend hours each day looking at classifieds and on rescue pages.  We even had a beautiful German shepherd come out for a "visit."  He was a sweet dog, but not a good fit for us.  And then he found him. 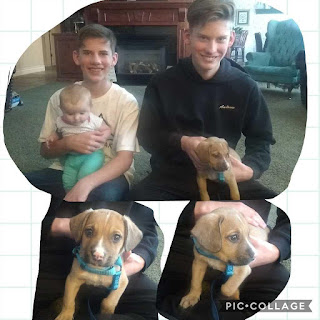 Meet Simba!  Initially his name was "Lucky" but by the second day he'd warmed up enough that he was pouncing on things, and crouching before!  He even saunters and runs and plays like Simba.

The boys are loving him, but also learning about sharp puppy teeth and getting up in the middle of the night to take care of him.  It's a learning experience. 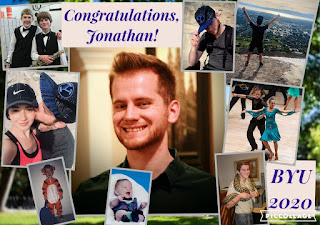 And Jonathan graduated this week.  Finals over, he and Avanlee came out for a porch visit and it was good to see them, but hard not to hug.  Right now, they still plan to move to Saudi Arabia so he can pursue a Masters/PhD in mechanical engineering in August.  But no ceremony, no party, just a hike to the Y on the mountain for the two of them.  I'm so glad they have each other.

Aaron continues to do really well.  His school nurses come work with him each school day for a few hours.  He goes on walks, does physical therapy and is working on counting and understanding coins, among other things.

I've gotten a start on my own course work, and the Andrew and Michael are moving forward with their own lessons.  We got some sad news as two favorite teachers at the middle school won't be back next year.  We already knew we were losing an amazing principal.  This whole lack of closure is so hard!  We didn't know the lasts were going to be last.  I wasn't even at the schools the last couple days because of the ballroom competition down at BYU.

I don't know where this whole Covid thing is going to go.  No one does.  Right now, people seem to be saying there's a whole lot of over reaction, blowing things out of proportion.  The medical personnel don't seem to agree.  I just know I don't want to take a chance with Aaron's life, or anyone else's.  I'm more than a little worried that we'll follow the 1918 flu pandemic where the initial wave, the one in the spring, really wasn't that bad, but then when things were relaxed, it all blew up in the fall.  I've gone over my boys' schedules for next year wondering which classes are going to be very difficult to do online.  You know, choir, band, that kind of thing really needs a class. 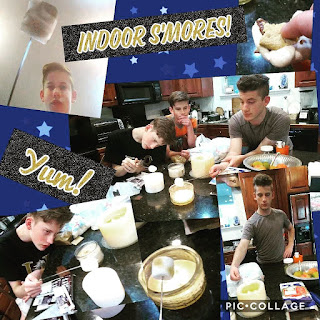 But at the same time, the slower pace is also kinda nice.  I like waking up about 7 and relaxing in bed for a little while before getting up and going.  There would be no chance for a dog with all the school and soccer and scouts.  Everyone is at dinner each night.  We've watched more movies in the last six weeks than probably the last six years.  Everyone knows when bedtime is, and it's late enough that there aren't (many) arguments.  Aaron spends a lot more time out and about with us because he's not so tired after being at school all day, and neither are we.

It's just a new, strange way of life right now.  But we're all still alive, and enjoying life, while also missing the old stuff. 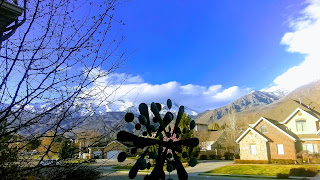 "When we are no longer able to change a situation,
we are challenged to change ourselves."
~Viktor Frankl

Posted by CompatibleWithJoy at 12:11 PM