Doing So Much Better 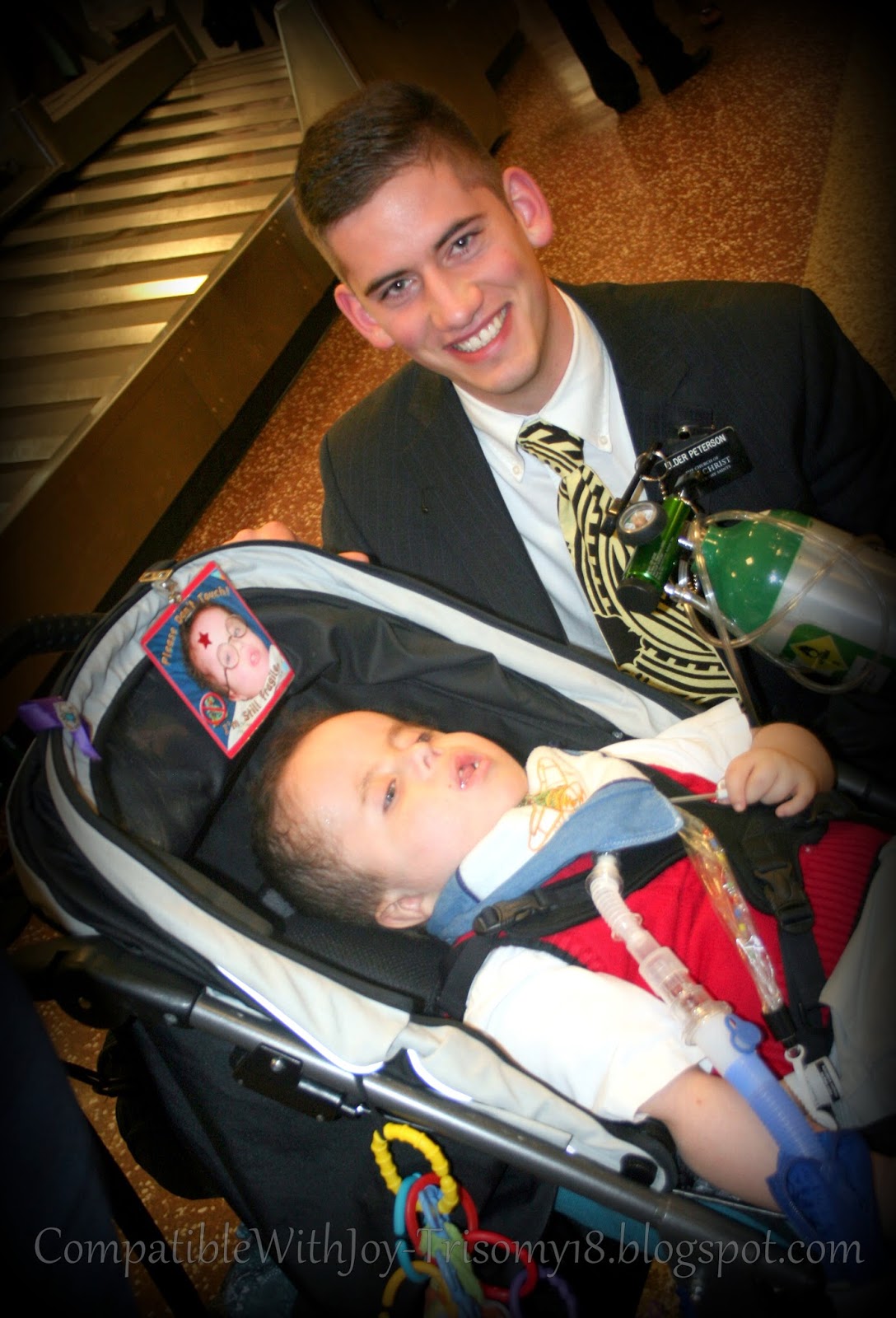 Aaron has turned around 180 degrees from where he was last Sunday night.  He's back to his happy, playful, silly self.

In fact, I had to take him out of church today because he was singing soooo loud!  Not a problem, except he started as the Sacrament hymn ended and then continued to serenade us all through the Sacrament.  In fact, he might have been the loudest kid in there. 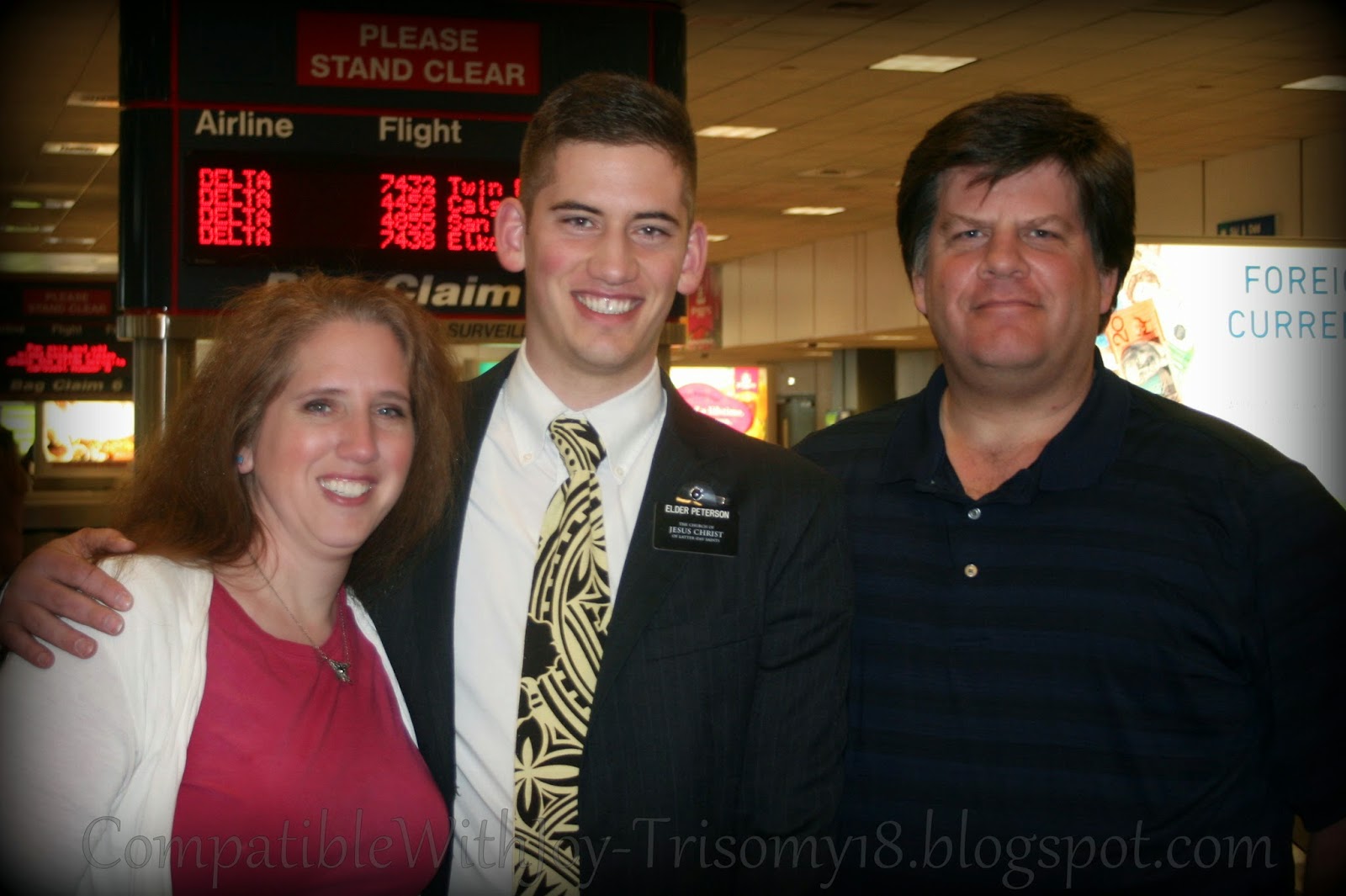 I don't think anyone else minded, and we were trying not to giggle.  But I figured that if you're paying attention to the cute kid making noise, it's hard to focus on the Savior and renewing the covenants you've made with Him. 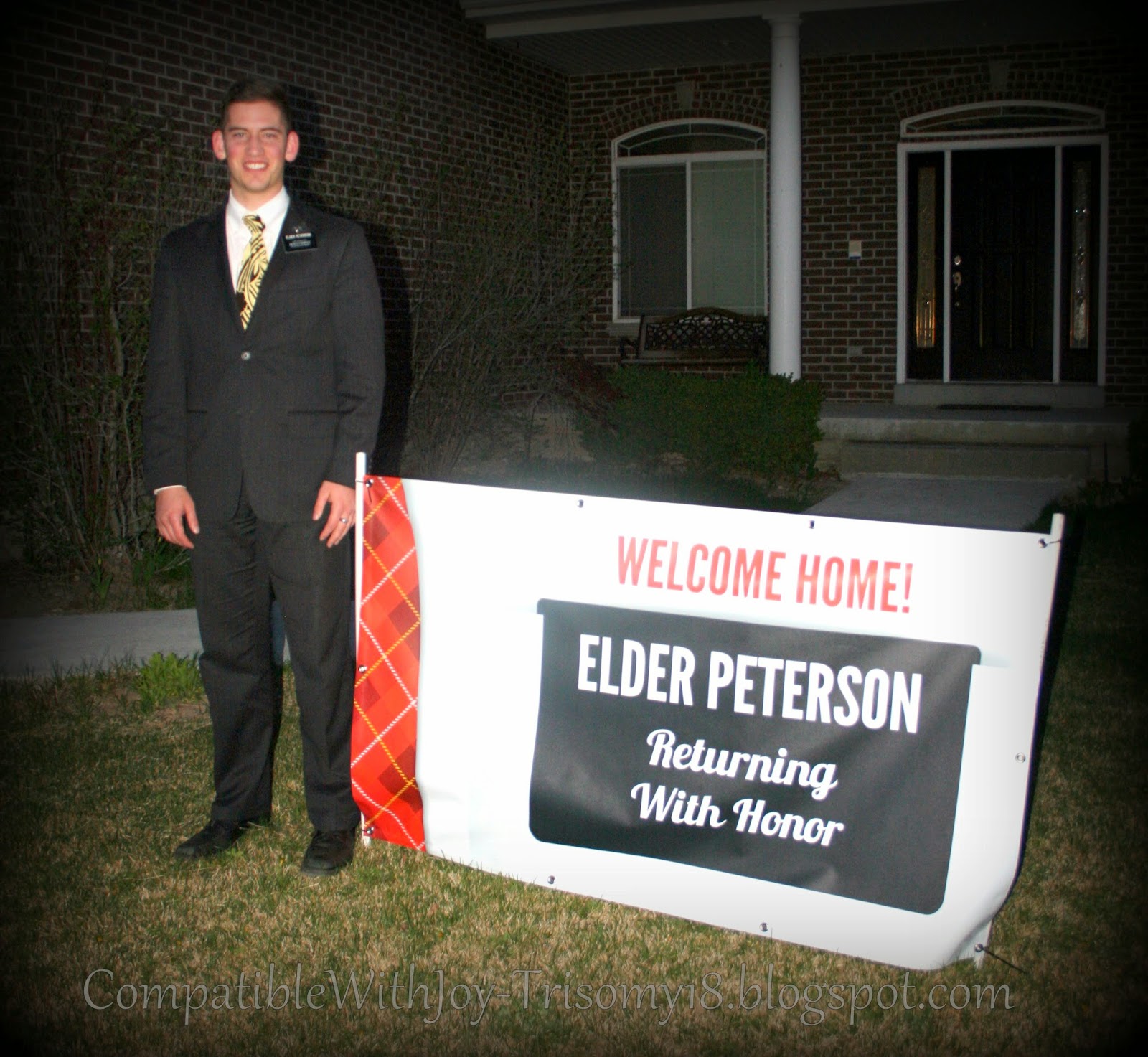 Today we also got to celebrate David.

He came home on Tuesday from his mission to Portland Oregon for The Church of Jesus Christ of Latter-day Saints (Mormons). 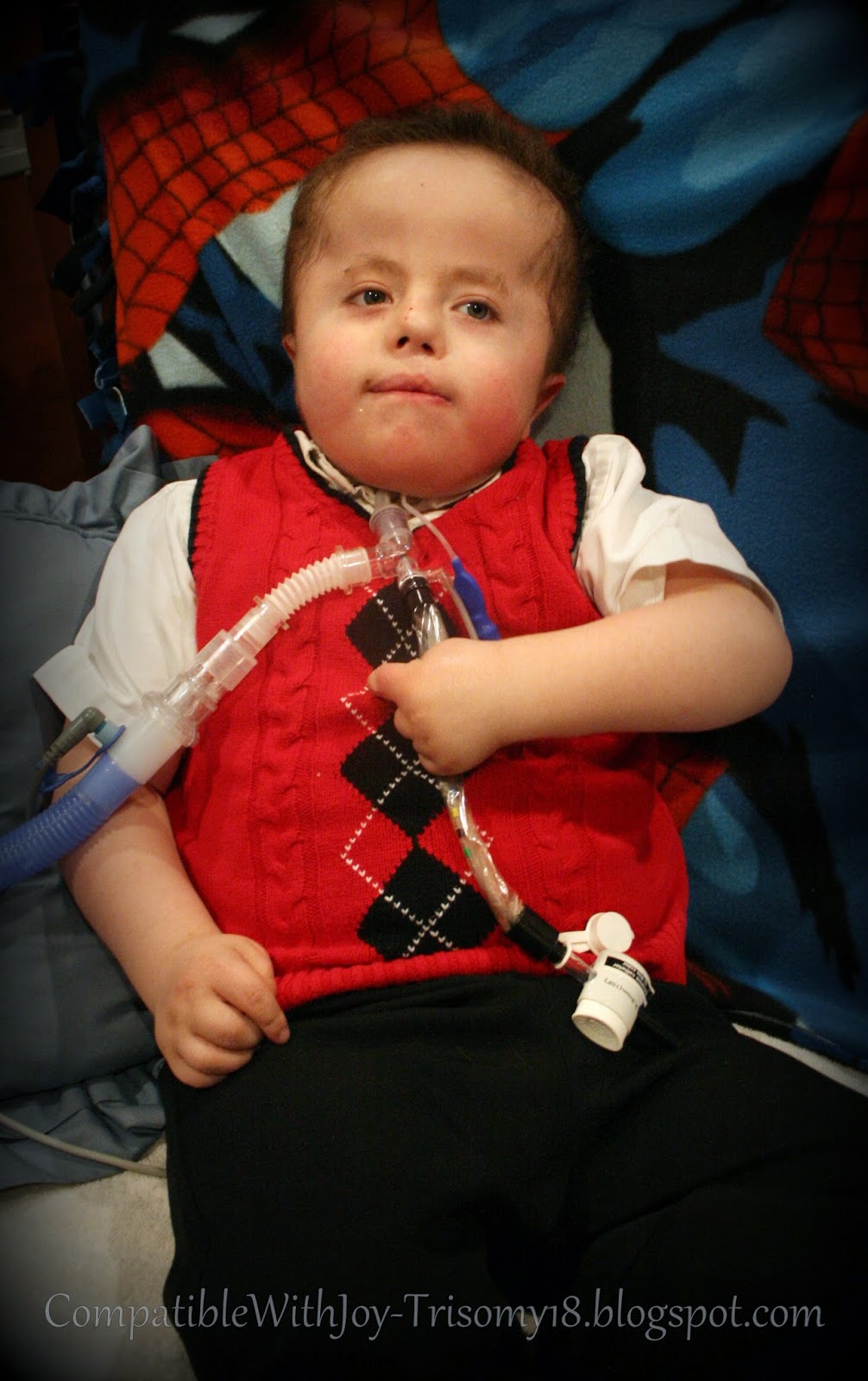 He spoke in church, and once again, I was overwhelmed with the depth and spirit that this wonderful young man has.  I wonder when that happened, when the little boy who used to run around playing with Legos and Matchbox cars disappeared.  But he has matured so well, sometimes in spite of me. 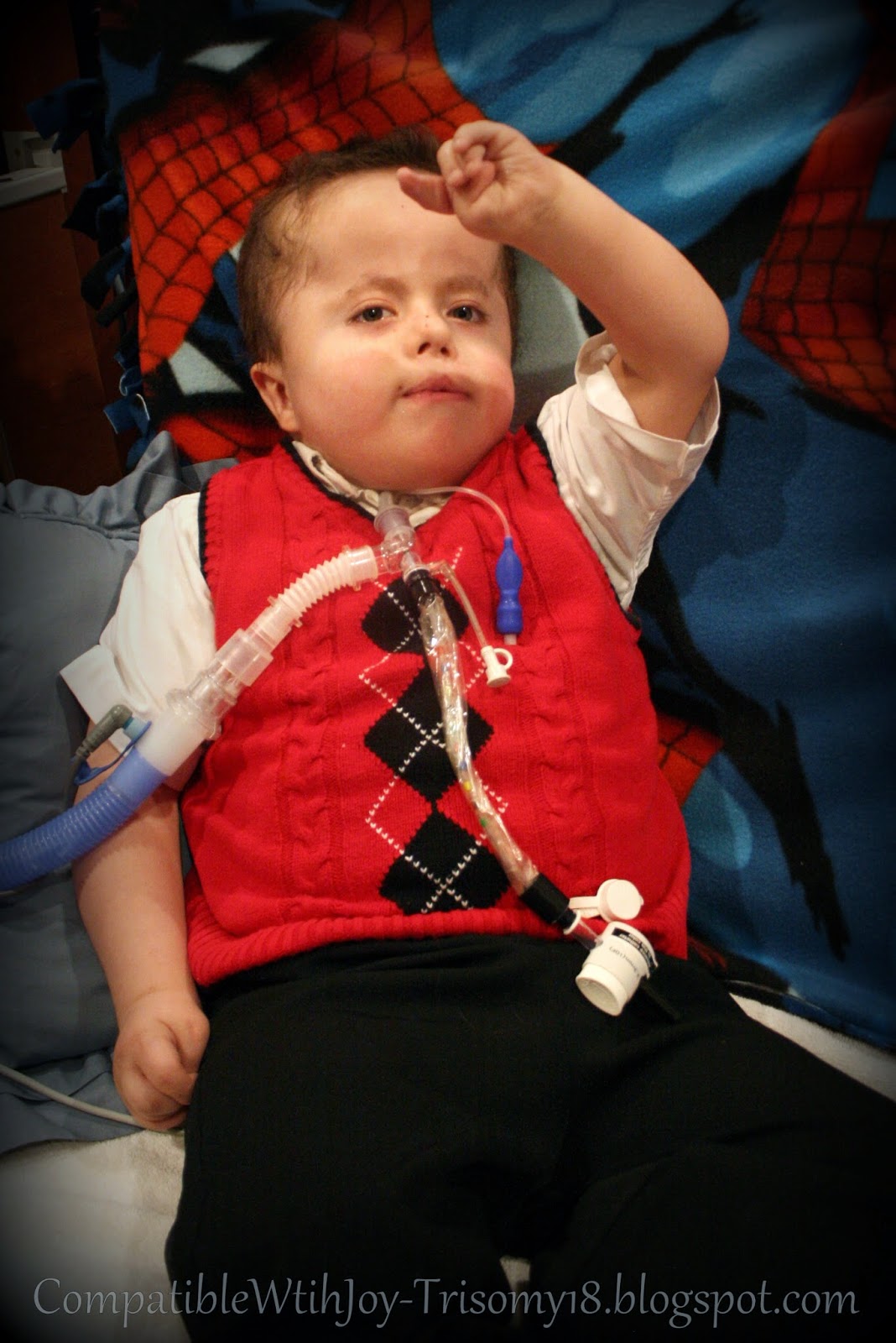 Aaron goes in tomorrow for his heart echo.  It's the one he was supposed to have about ten days ago, but then he got sick.  He's actually doing so much better than he was before.

I'm hoping and praying that the C.diff doesn't come back.  In a lot of cases it does relapse.  But for now, I'm living in the moment and enjoying some normalcy (whatever that is). 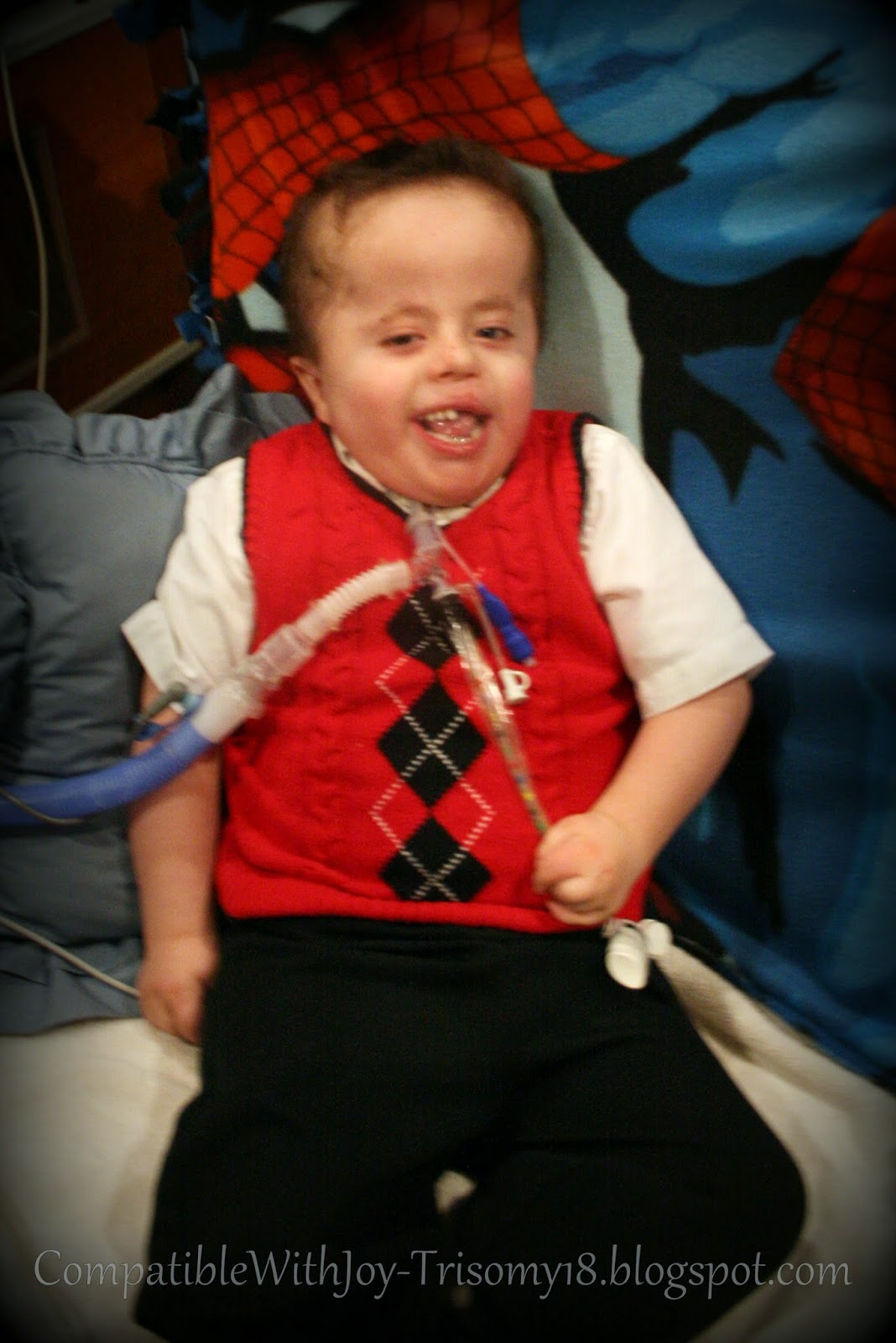 I'm tired tonight, but it's a good tired.  We've worked hard around here and he's had friends who came to see him.  Aaron is doing well, Mary is home, too.  And tonight, all but one of my children will be under my roof.

I don't think of all the misery but of the beauty that still remains. ~Anne Frank


Posted by CompatibleWithJoy at 9:17 PM