The Boy Who Lived...

Four years old, four and a half years of love and inspiration, of learning and growing.

We were talking the other night about Aaron's birth with my sister who acted as point for letting my family know what was happening.  (She was house sitting for my parents and I didn't have to look up that number.)  As we were talking, William shared some things I don't think I'd heard before.

I knew he wasn't breathing when he was born.  I didn't know that as the team worked on them, they started to get worried, too.  But he did it, he took that first breath, and then a second and a third.  And four years later, he's still breathing, mostly on his own.

And over the last two weeks, he's pulled another trick out of the bag.  Anyone who's followed us knows that the common cold, rhino virus, is the bane of my existence.  I'd almost rather have pneumonia.  At least we can do something about that besides just trying to support him while he works through his symptoms.

Well, for those who don't know, hospitals are nasty, germy places.  They try to keep them clean, try to heal people, but the simple fact that sick people are there mean so are the germs.  And while we were there for his adenoidectomy, he managed to pick up a cold. 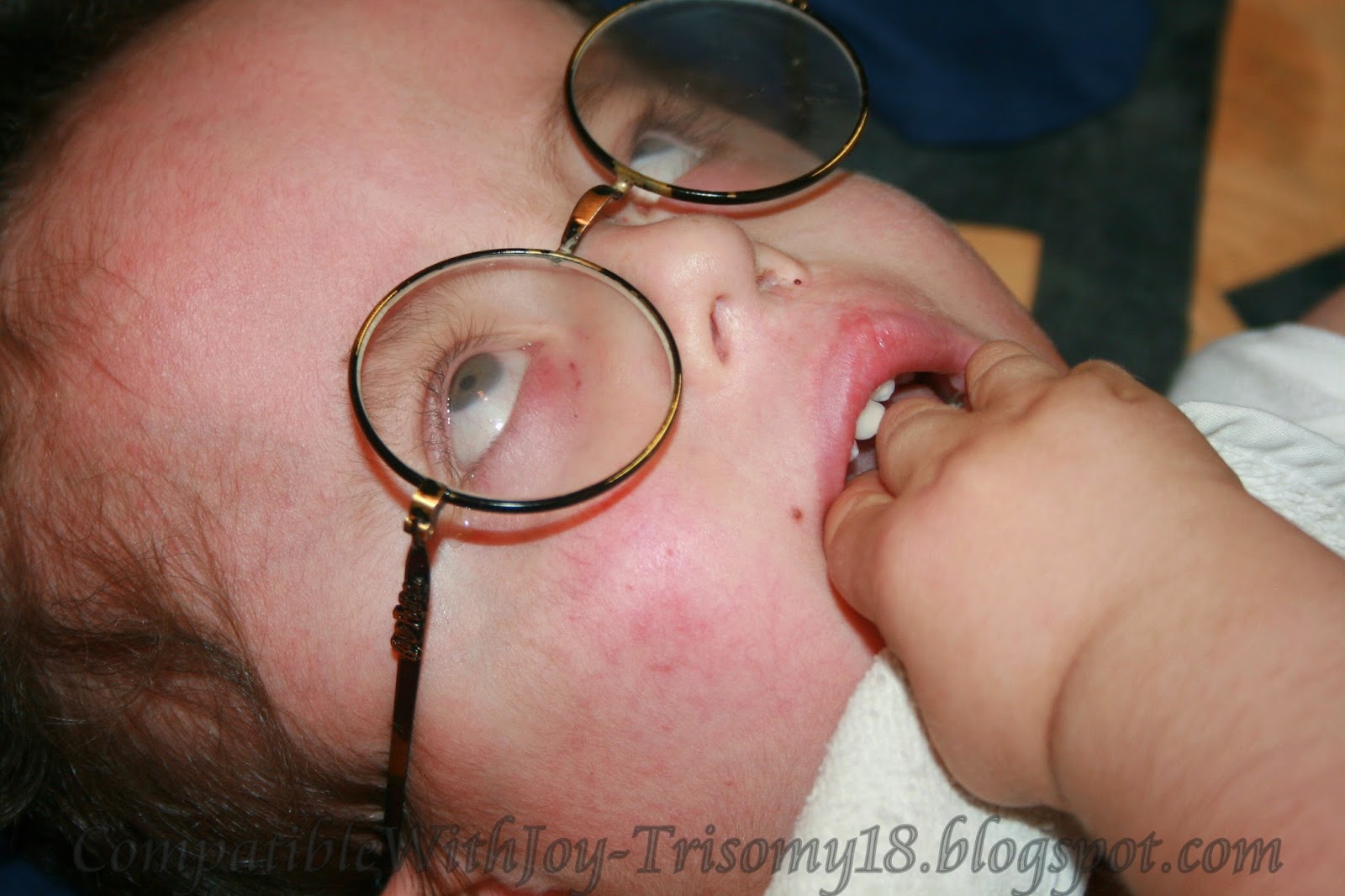 Now, the reason we took out his adenoids was to (hopefully) reduce or even eliminate his constant ear infections.  For us normal mouth/nose breathers, it would also have the potential to improve breathing.  But remember, Aaron has a trach.  His nose shouldn't play into it.  Except, it does.  Within 24 hours of surgery, his oxygen needs dropped to 3/4 of a liter.  Yeah, less than one.  We haven't seen that in over a year.

The next day though, the snot started.  And kept coming.  And coming.  And coming some more.  I felt like I was sucking the poor kid's brains out of his nose!  And true to form, his oxygen needs went up.  But because they were already so low, we could support it!  I think I bumped five liters, twice.  And he's been great!!  I didn't dare put this up earlier, 'cause I was afraid of jinxing myself.  But given that our last symptoms were last week, I think we've done it!

Yeah, my little neck breather apparently does breathe through his nose.  My mom reminded me that through his whole life Aaron has been doing things he's "not supposed" to be able to do, so why should he stop now?  And isn't that a great thing? 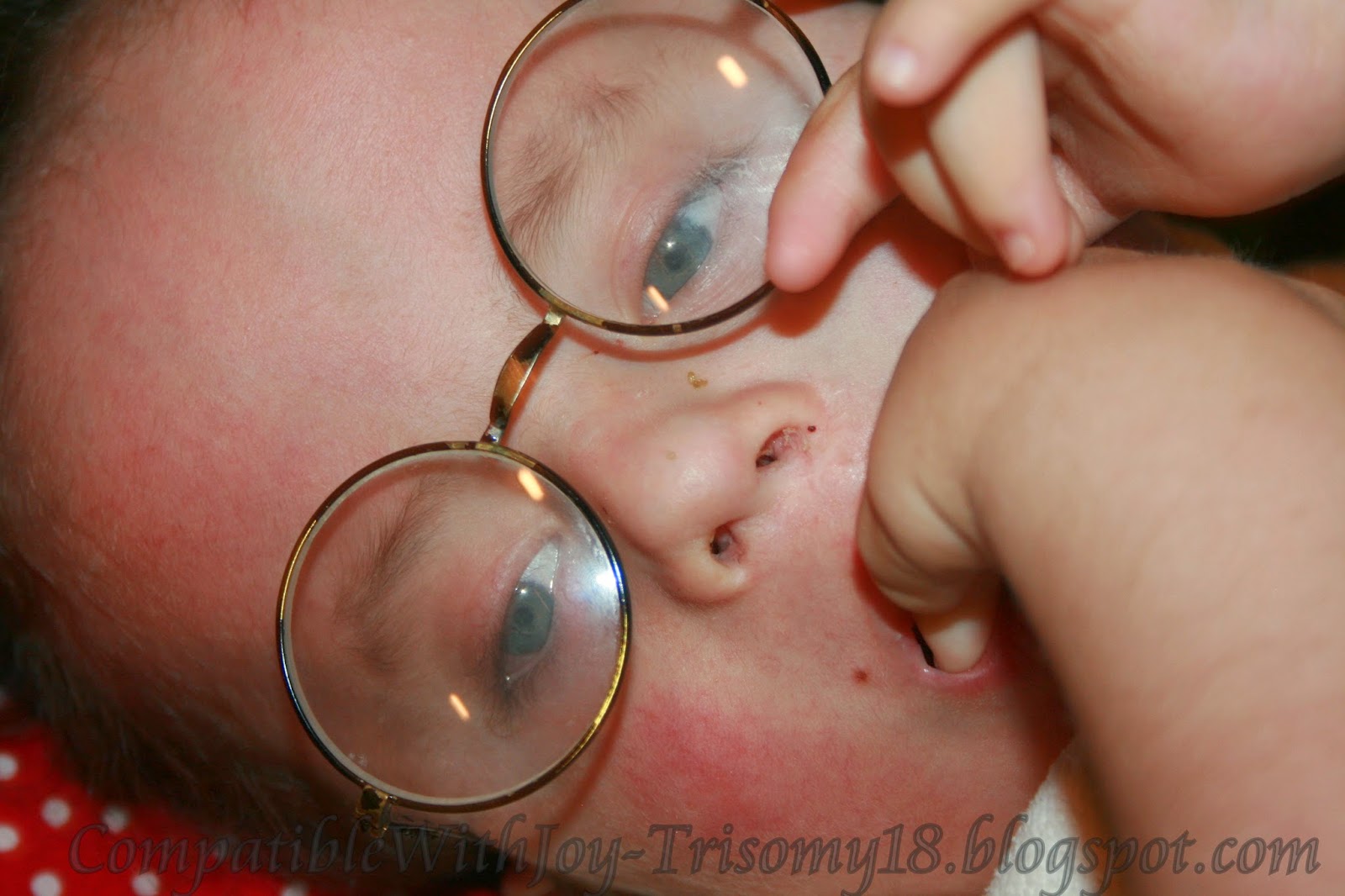 Last week, a few of the kids went up to Fantasy Con.  Andrew picked up some Harry Potter glasses while he was there, and then tried them on Aaron.  Yeah, I think "the boy who lived" should apply to Aaron as well.  It's love and faith and the support of so many that have kept him alive.  And I think that may also be true for all of us.


Posted by CompatibleWithJoy at 6:17 PM