Not so "incompatible with life" 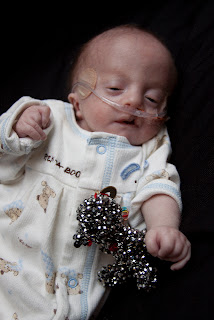 Trisomy 18 has recently come into the news thanks to one of the current Republican presidential candidates.  Rick Santorum has a three-year-old daughter with T18 who was just hospitalized with pneumonia.  My prayers go out to them.  It's scary.  Really scary.  I think the one time (after he came home from the NICU) that I was terrified was last February when Aaron had pneumonia.  I sat by his crib all day, begging him to hold on.  Telling him I wasn't done yet.  He had to fight it off.  We still had so much to do before he passed on.  Thankfully, he listened, he fought, and he came home. 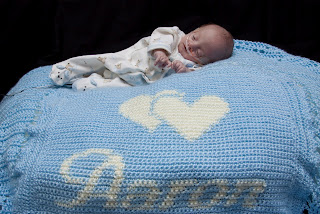 And while for many people, this is the first they will have heard of Trisomy 18, it really is a fairly common diagnosis.  Somewhere between 45,000 and 55,000 babies are born in Utah each year.  Trisomy 18 occurs in one out of every 3000 LIVE births.  That means that there are between 15 and 18 babies with Trisomy 18 born alive each year in my state alone.  And when you factor in the idea that at least half are still born, the numbers of familes affected are even higher.  So when you look at your child, realize that during the year you celebrated his or her birth, some 30-40 families here in Utah were given a diagnosis of "incompatible with life."  Even the ones whose children were born alive. 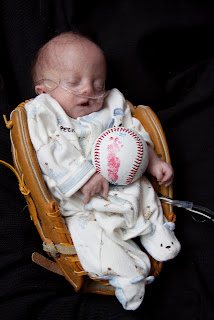 But when you delve into the medical world at large, you begin to wonder why exactly so many do not survive past birth.  Many women are denied a c-section, or even routine fetal monitoring, when their babies are diagnosed in utero.  Yes, I can hear you now.  Seriously?  Denied a c-section when their baby is struggling?  Well, surely if he's breech....  Nope, no section.  Fortunately for us, my doctors had a different outlook from many, maybe even most, others.  Aaron wouldn't have survived his birth had he not been born by c-section.  His heart couldn't tolerate the contractions.  It would slow significantly and then take a while to recover.  And those weren't even the hard ones. 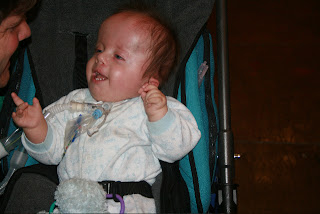 So, if an OB, or a perinatologist, is not willing to perform one of the most common surgical proceedures done today in the interest of handing a mom her baby while she can still look into his eyes, guess what happens if the child does somehow survive his birth.  Yeah, well, it's that "incompatible with life" label.  It sorta gets in the way of caring for them.  If the baby is going to die anyway, why try?  Well, try because you believe in the sanctity of life.  Try because you're not going to play God.  A mom I know was encouraged strongly to turn her daughter's ventilator off and let her go.  She informed the doctors that her daughter's lungs needed help, but the rest of her organs were doing okay.  And that when God chose to call her little princess home, there wasn't a machine on the planet that could keep her here.  And guess what, she was right. 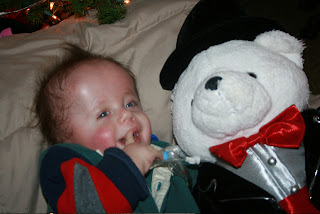 We have been so blessed to have doctors look beyond the trisomy when it comes to Aaron.  They looked at heart failure and said, well, how do we treat heart failure?  And let's just be a little more careful and vigilant because of his trisomy 18.  Let's use some great IV meds and high-flow oxygen and see what happens.  They looked at his reflux and said, his lungs are already struggling, let's do what we can to make sure he doesn't aspirate.  Oh, and when doing that surgery, they discovered that his airway was totally collapsed.  His doctor said he wasn't sure how he was breathing because it appeared to be medically impossible.  So what do we do for a collapsed airway?  Well, we trach and consider if we need a ventilator.  In our case, every single doctor has looked at the problems being manifest and Aaron first, and then took into consideration how the trisomy 18 might further complicate things, and went to work to fix the challenge. 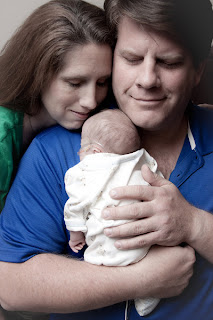 So many of our children are too fragile to sustain life.  It's true.  Their bodies are too frail.  But I'm hoping that with Rick Santorum and his daughter Bella in the national spotlight, that perhaps, maybe, some of those other docs, the ones who simply don't believe that our children can ever live, might rethink a couple of things.  Because life is precious.  Yes, and especially for our kids, tenuous.  But maybe, just maybe, it helps those around to see things in a different light, with a little love.  Perhaps not quite so "incompatible with life."

"We affirm the sanctity of life and of its importance in God’s eternal plan."   From:  The Family:  A Proclamation to the World
Posted by CompatibleWithJoy at 9:30 PM 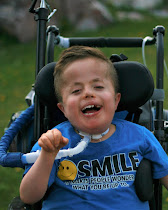