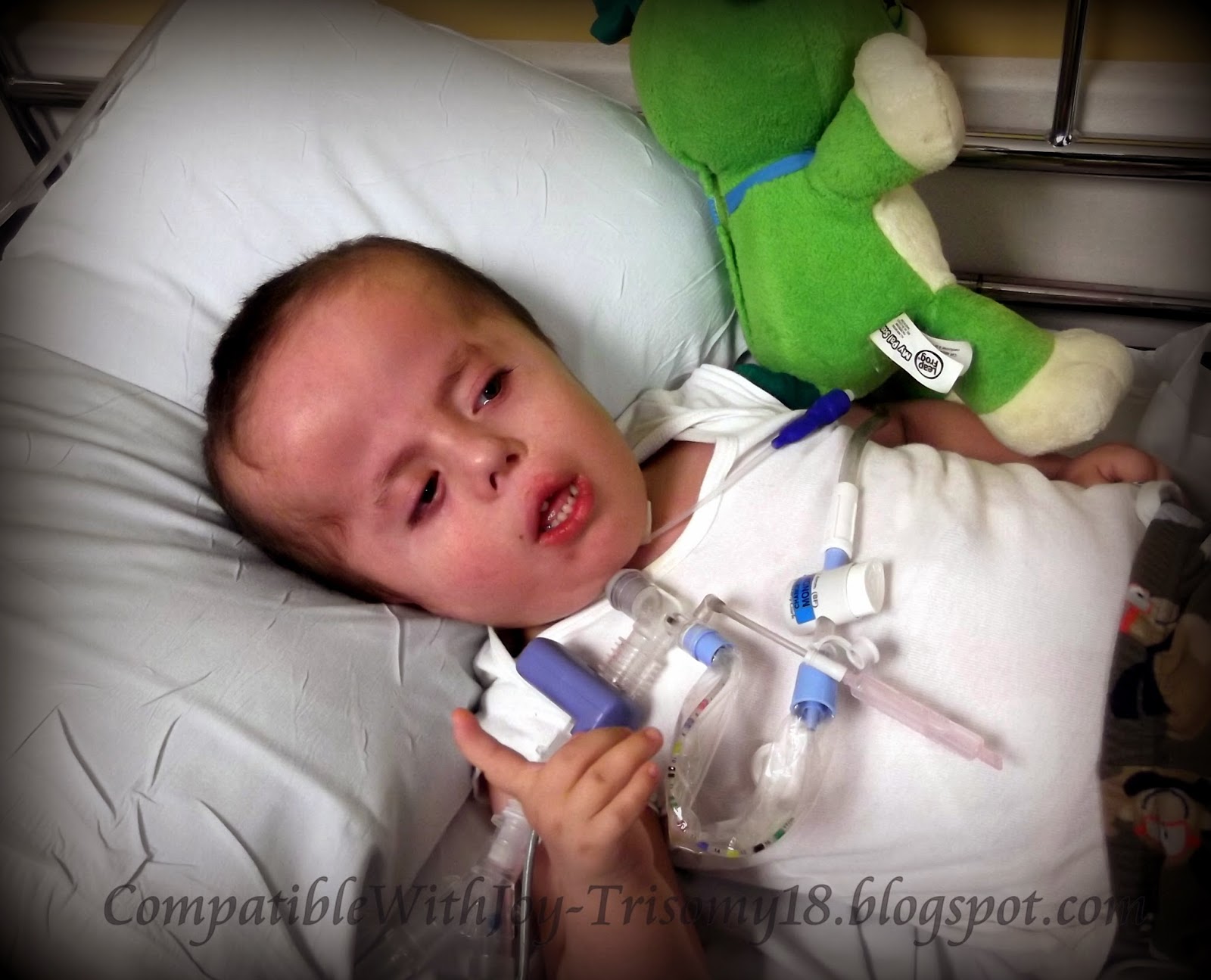 We saw the first signs of "something" on Wednesday morning.  I was REALLY hoping it was the result of Utah's bipolar weather.  I mean, when you bounce between highs of 80+ and 40, there have to be repercussions.  I know I've felt them.

By Wednesday night, I figured it might be more.  Thursday morning, he decided to clear up any doubts I still had.  He had a good night, but when he woke up, he was a mess.  I ended up bagging him three times, but he responded quickly.

Also put a call into Primary's trach whisperer to talk about changing his vent settings.  See, if we went in, the very first thing they would do is increase his settings on his own vent, trying to keep him on that one.  And if I could do it at home, well, so much the better!

Well, that bought us another 12 hours.  And he did okay, really, during that time.  Actually got his oxygen down to almost normal for a few of those hours.

But see, last night, Andrew had his Arrow of Light ceremony, and his bridging to Boy Scouts.  Pretty big deal for him, and Aaron's not my only kid.  I'd told Aaron from the beginning that if this wasn't just weather-related, he HAD to wait until at least 9 p.m. on Thursday. 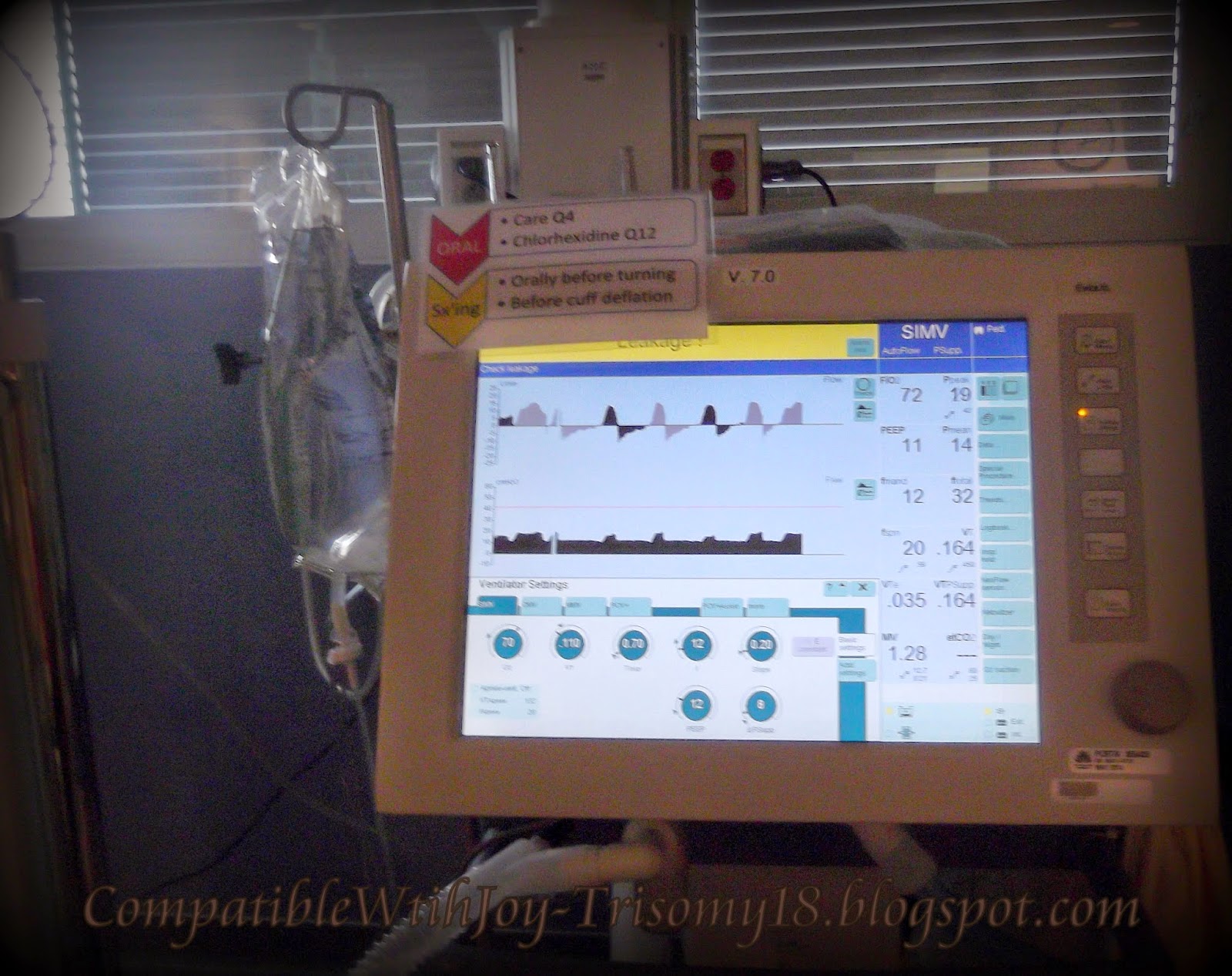 Sweet boy, he waited until 10 p.m., and said, "enough."  I had just dozed off (like JUST dozed off) when his nurse called from his room.  He was maxed out on his oxygen, had his breathing treatment, and still couldn't keep his sats up.

Time for a party at our house with some of his best friends, our paramedics. 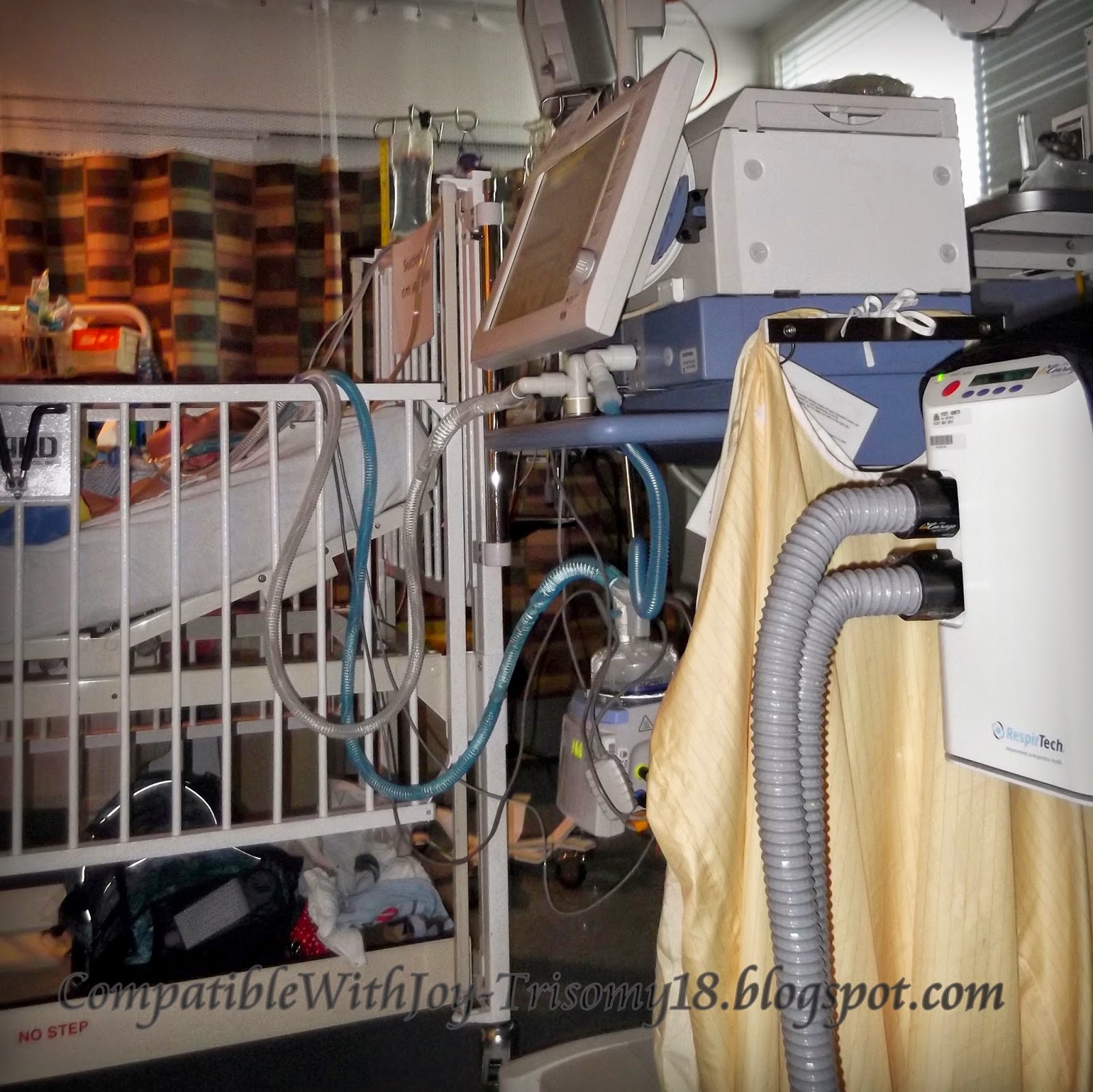 When we got to the hospital, he was actually looking really good, but we'd bagged him all the way up here.  They tried the Trilogy (what we use at home) on higher settings, and he lasted maybe three minutes.  Yep, this kid knew what he wanted, the big, bad ICU vent.

So here we sit, and he's doing okay.  He's sleeping, absolutely exhausted.  It was about 3:30 this morning before we got settled.  And I'm hoping that this stay mirrors the last one, and we're out in a week or less.  Play time in the PICU.  Gotta love it.


Life is not about how fast you run or how high you climb but how well you bounce. ~Vivian Komori
Posted by CompatibleWithJoy at 9:55 AM