In January, I got a call from a sister in our stake.  (For those who are not Mormon, we refer to each other as "sister" and "brother" and a stake is a group of 5-6 wards.  The ward is the basic church unit similar to a parish.)  They were putting together an evening for women in March and wanted me to participate in a video.  The theme is "Daughters in His Kingdom: Real Sisters, Living Real Lives, Finding Real Answers".

I was asked to come speak about Aaron and how I've grown and what I've learned on our journey.  Oh, and it should be about two minutes.  Yeah, that's right, two minutes.  I figure I could sum it up in 15 seconds, or go on for two hours, but two minutes?  That was a challenge.  So one Sunday when I was home with Aaron, I sat down to write.  I love how when I write the thoughts and feelings that are so tangled and jumbled straighten out and make sense, at least to me.  Below is what I wrote, along with some pictures they included in the video.  I hope you enjoy it. 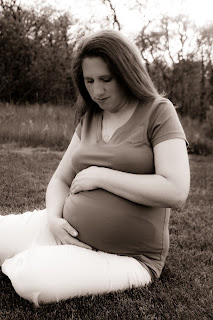 Two years ago, over Valentine’s Weekend, we found out that the little baby we were expecting, was not expected to live.  He had a “fatal disorder,” Trisomy 18.  My heart and soul felt like they were being ripped apart.  I could feel this baby, like my others, growing inside me, but also knowing that each kick could be the last.  And if he was born alive, chances were very good he would never come home.

But in spite of these statistics and emotions, deep down, I felt there might be a different plan.  I told my doctor, very early, that while his life would surely be short, I felt it would be measured more in weeks and months, rather than hours and days.  I believe in miracles, we’ve seen them from the start of his diagnosis, but deep down, I knew we couldn’t ask for the trisomy to be taken away.  This was something that he was supposed to deal with, and we were supposed to learn from. 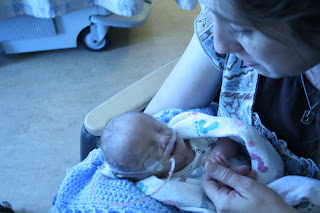 But it didn’t stop the pain.  I knew I had to learn as much as I could so I would be in a position to help him.  If he was to live, instead of quickly returning to heaven, I had to be able to work with the medical professionals to help him.  I have been blessed since childhood with an absolute thirst for knowledge about the human body.  So now, I set out to learn more. 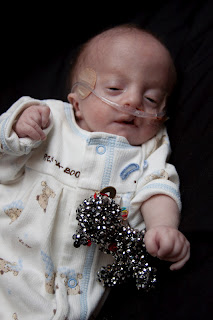 But knowledge is nothing compared to the inspiration of the Holy Ghost.  I learned very early in Aaron’s life that if I was just concerned or worried, things were probably okay.  But if I became anxious or upset, the Lord was telling me that it was time to go.  Go get help.  On more than one occasion, these feelings led to Aaron being in the hospital before the crisis came. 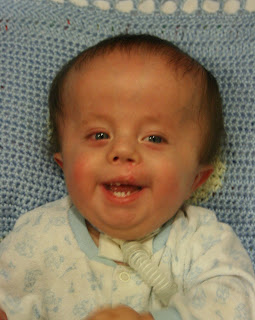 But I think the most valuable lesson I’ve learned is the Lord only expects us to do what we can with what we have.  The day after Thanksgiving 2010, our neighborhood was awakened very early as the Lifeflight helicopter landed outside our home.  Aaron was in severe respiratory distress, in other words, he was barely breathing.  He had not been doing well, but I didn’t recognize it.  He almost died because I didn’t realize that there even was a problem until it was almost too late.  The really hard part for me was to get to the point where I could accept that I didn’t have to know everything.  Even if he had died, this life is not the end.  And as long as I do what I can, my offering is acceptable to the Lord.  My Savior is there for me, and for Aaron.  And what I have to offer, by definition, is enough.  It is always enough, because He makes up the difference.

Posted by CompatibleWithJoy at 12:00 AM